Woman May Have Contracted HIV from Manicure: Should You Be Worried? 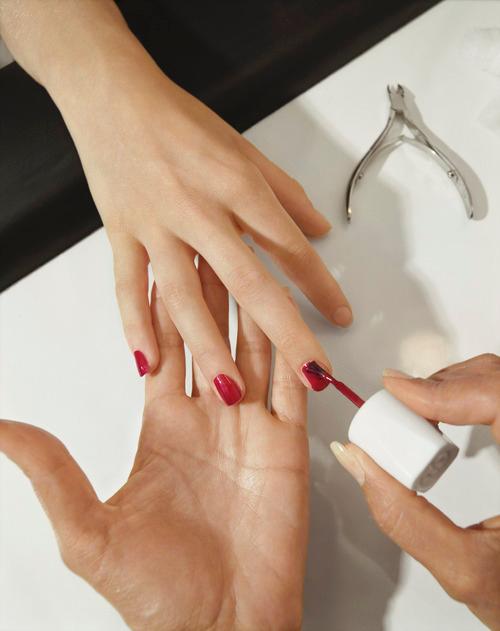 Could a single trip to the nail salon change your life forever? (Kenneth Willardt/Trunk Archive)

For most women, the worst thing that’s happened at a nail salon is that they’ve chosen a polish color they end up regretting — or maybe they’ve had their nails clipped a little too close. But for one 22-year-old woman in Brazil a manicure turned potentially deadly: Getting her nails done may have given her HIV.

The young woman, whose case is detailed in the journal AIDS Research and Human Retroviruses, was recently diagnosed with advanced HIV yet failed to meet any of the standard conditions for transmission — she’d never had sex, a blood transfusion or surgery, or gotten a piercing or tattoo.

Doctors were befuddled as to how she had contracted the virus.

After confirming her claims, her doctors dug deeper, searching for any incident that could have infected her. The only possibility: The patient recalled sharing manicure instruments 10 years prior with her cousin, a manicurist who was later diagnosed with HIV. Detailed analyses revealed that the two women were, in fact, infected with highly similar strains of the virus, leading the researchers to conclude that manicure instruments are potential routes of HIV transmission.

Although most of us aren’t sharing cuticle scissors with an HIV-infected friend, the majority of women — and a number of men — have probably gotten a manicure at a nail salon, where instruments are regularly reused. Disinfection standards vary from state to state, although most include these steps, according to the U.S. Occupational Safety and Health Administration (OSHA): Wash the instruments in soap and water, soak them in a disinfectant for 10 to 30 minutes, rinse the tools in clean water and dry them with a clean cloth, then store them in a clean, covered area.

The problem is, there are more than 48,000 nail salons in the United States, according to industry publication Nails Magazine, and we can’t possibly know what’s happening in the back room of every salon, although state inspections are supposed to catch any violations. But that may not be happening as often as it should be: New York, for example, has 27 inspectors. This small group of officials is responsible for reviewing all of the state’s salons, including the vast number in New York City alone, according to a recent report. Over a four-year period, 19 percent of the state’s salons were cited for sanitary violations.

In addition, “Salons come under the department of cosmetology, not the department of health. So they don’t have the same rigidity for inspection,” said Dr. David A. Johnson, a professor of medicine at Eastern Virginia Medical School.

Nationwide, the problem may be even greater than the New York numbers suggest. Dr. Robert Spalding, a podiatrist and author of Death by Pedicure: The Dirty Secrets of Nail Salons, estimates that 75 percent of U.S. nail salons don’t follow state guidelines for disinfection of instruments. And even if they do comply, the requirements may not be stringent enough. “The states don’t require nail salons to sterilize their instruments,” Spalding told Yahoo Health. “They only require them to do basic disinfection.”

Those jars of blue liquid you see on salon counters contain the disinfecting agent — and it’s only effective when used correctly 100 percent of the time. “If they don’t change the [disinfecting agent] on a daily basis, if they don’t soak the instrument for 10 minutes, and if they don’t hand-clean it before they soak it, none of that stuff works,” he said.

Does failure to properly disinfect actually translate to an increased risk of infection? Maybe. It doesn’t take much to damage the delicate skin around your nails, creating what Spalding calls “salon microtraumas,” which act as points of entry for viruses or bacteria. “You can break the skin and inoculate somebody without drawing blood,” he said, which is why nail techs aren’t supposed to perform “aggressive” treatments, like digging out ingrown toenails.

“If you’ve ever used a nail file, and it starts to burn, that’s all it takes to break the skin,” Spalding said. Similarly, if your nail tech damages the hyponychium — the seal that holds the nail to the nail bed — while cleaning underneath your nails, you may not bleed, but the barrier has still been broken, potentially allowing infectious agents lingering on contaminated instruments to enter, he said.

"The manicurist uses a cuticle scissor or buffer. They get a little bit of microscopic blood on it that stays on the device, and then it maybe just gets put in a cleaning solution," Johnson told Yahoo Health. "That doesn’t really get the particle off — the viral or bacterial infectious agent is still there. Then the tool gets reused, and somebody with disruption of the membrane has contact with the [infectious agent].”

There have been verified cases of hepatitis infection in nail salons, prompting the American College of Gastroenterologyto call for research in this area. (In fact, one of Johnson’s family members contracted hepatitis C after getting a manicure.) But the HIV case in Brazil seems to be the first of its kind. OSHA, however, has long cautioned nail techs that exposure to HIV is a risk to be aware of.

So could HIV transmission happen in nail salons stateside? “It’s possible. Any sharp instrument could theoretically carry this risk,” said Dr. Ronald Hershow, an infectious disease expert at the University of Illinois at Chicago School of Public Health, who has studied HIV in women. In fact, according to the study authors of the infected woman’s case analysis, tattooing, acupuncture, and piercings are recognized as potential modes of transmission.

For manicures, “they use metal instruments and files, and there might be blood or blood-derived body fluids, like the oozy material that comes out of a skin lesion. If you’re filing a cuticle and get a little blood on the file, then use it on a person, there would be some risk, yes,” Hershow told Yahoo Health.

However, that risk is probably “negligible,” he said, based on data about HIV transmission through needles and scalpels in health-care settings. If a nurse accidentally sticks herself with a needle used to draw blood from an HIV-infected patient, “the risk [of transmission] is not that high — one in 300,” Hershow said. “Scalpel injuries are thought to have an even lower risk.” In other words, even if your nail tech is using dirty tools, it doesn’t necessarily mean you’ll walk out with an infection, however disgusting the thought is.

Related: Why You Should Never Touch a Receipt With Clean Hands

Even so, it’s smart to protect yourself at the nail salon, since you don’t know who’s been there before you, how thoroughly the techs disinfect their tools, or whether you’ve endured microtraumas to your skin. Before booking an appointment, Spalding suggests asking your salon these questions:

Do you follow state standards for using a liquid disinfectant or an autoclave to sterilize instruments?Only one state, Texas, requires salons to sanitize their instruments through with autoclaves, a technique that uses pressurized steam (which is also the way hospitals sanitize equipment used on Ebola patients). If you can find a salon that has invested in a true autoclave — not a rice cooker or a baby-bottle steamer stand-in, said Spalding — you’re in luck: “Autoclaving works every time,” he said, whereas blue-liquid disinfection is more subject to human error.

That said, if your salon uses “high-level disinfection,” you should still be safe. “This means it meets the criteria to kill things like tuberculosis, HIV, or hepatitis,” said Johnson. “It requires a two-step process: One is mechanical cleaning, like a brush, followed by a high-level disinfectant.”

Do you use razorblades to cut calluses? Safe salons don’t offer services like this.

Do you wear gloves? OSHA advises that salon techs wear gloves when doing manis or pedis — and then toss them immediately after use.

Have your nail techs received advanced training?Nearly half of salon techs have participated in online continuing education in the last year, according to a survey by Nails Magazine. Fifty-nine percent have taken a class at a trade show. These are the techs you want. The best bet: Ask if your tech has taken one of Spalding’s courses atMediNail.com, the only program in the country that teach techs about microtraumas and related health issues.

If you’re really concerned, Johnson suggests bringing your own manicure equipment with you (although this isn’t allowed in all states, noted Spalding). Then after your appointment, do your part: Fill out a safety survey about your salon at SafeSalonRating.com (Or download the app.) to help Spalding create a database of health-conscious salons.